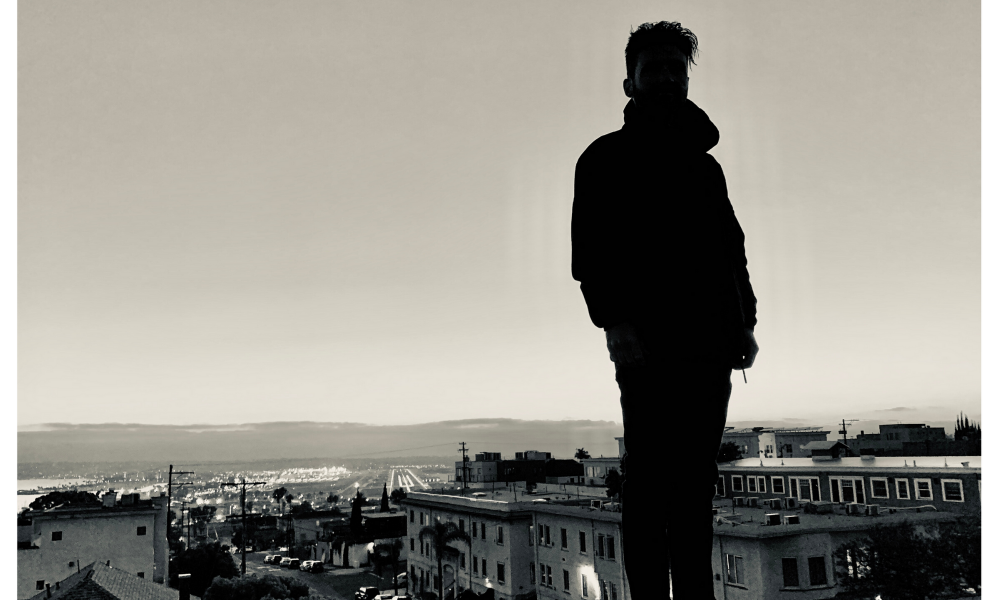 Today we’d like to introduce you to Anthony Comito.

Thanks for sharing your story with us Anthony. So, let’s start at the beginning and we can move on from there.
My first memories of creating music electronically was on a synthesizer my uncle owned. I found a sound that resembled orchestral strings and I remember laying there on the floor with my fingers on several different keys and letting it resonant. I was probably around seven years old then and I was struck by how moody the sounds could be but not yet aware of how it helped me mentally escape to another place. It might be similar to someone who gets found by their imagination, not lost while reading a book or practicing a form of art. Around the same time, my Dad bought a cassette tape of the electronic duo Deep Forrest. It came out in 1992 and was on repeat until the end of 1993. I remember sitting in my parent’s car with my sisters dancing as much as you possibly can in a van and trying to sing along to the indigenous recorded samples. I think this was the first time I started listening to music, considered electronic music. I do not want to neglect to mention I was also heavily raised on rock and roll, blues, soul, world, and jazz music and I loved to dance.

A couple of years later, I got really into skateboarding and film. Skateboard films were ahead of their time in terms of artistic direction, cinematography technique and the accompanying soundtracks. The skate culture greatly influenced the music I was exposed to. I was listening to everything from punk, soul, psychedelic rock, and electronic music. This is about the time I started producing my own music electronically. I remember being 13 and the weekends I stayed at my Dad’s house I was not really allowed to go out with friends at night. So I started making music on the computer using software sequencers like fruity loops to recreate certain song structures I liked or to create my own sound. My older brother would introduce me to artists and musicians that were just emerging at the time like Nortec Collective out of Tijuana. My brother would show me photographs of Nortec Collective shows that had like seven guys on laptops blending the traditional sounds of Norteño with new electronic sounds. This idea of blending traditional styles of music with new technology and contemporary sounds fascinated me and still does.

Fast forward ahead, I moved from San Diego in a u-haul with two of my best friends to San Francisco at the age of 20 and started attending the Academy of Arts University and working for Om Records, an electronic music record label. I was exposed to so much live music at a time when a lot of artists who are still headlining shows were emerging. Catching an inspiring show or making music with a group of friends or strangers was so accessible. At this time, I started using Ableton Live for music production, which really changed the way I was able to create music. It provided me with an intuitive platform to articulate my ideas and conceptualize and grow upon new ones. After a couple of years in San Francisco, I had the opportunity to move to New York City. I lived in Brooklyn and helped open an art gallery in Manhattan.

Once again, while living in New York, I was surrounded by the arts and music. I saw live music performances almost every night as I later became the person who took care of the musicians at one of New York City’s best music venues. I also lived with a friend who worked for Vice Magazine and Television and helped score music with him for the film he edited. After a year in New York, I started to seek out volunteering abroad opportunities. I was looking at opportunities in Africa when I spoke with my Dad, who told me he was raising money to help build an extension to a small school in the countryside of Vietnam. While the people that lived in the community built the school, they were looking for someone to teach the children in a makeshift classroom. I jumped on the opportunity and traveled to Cambodia first to volunteer at an orphanage and then traveled throughout Vietnam before reaching the countryside, where I would learn to teach. I ended up teaching 60 children ages 5 to 21 and it was extremely challenging, to say the least. I really wanted to get off the beaten path and immerse myself in a foreign culture and my experience was far beyond that.

After living in the countryside, I left to Hanoi to live with an artist I had met at his exhibition to learn his artistic process of traditional lacquer art. I lived there a month and was exposed to some incredible cultural experiences. I left Vietnam and decided to return to San Diego, where I had grown up. I returned with fresh eyes and a new sense of gratitude for places I had seen thousands of times before. I started producing music again shortly after returning to San Diego and invested the money I made as a project manager into some new instruments. It was not until I moved into an artist residency originally in Del Mar that I would really start performing and consider myself a music producer. That artist residency would later become known as the non-profit foundation A Ship In The Woods. We went on to create large scale events as a cultural incubator for art, music, science and innovative ideas. Our intention was to blow people’s minds and I think all the people involved did a good job at it. I continue to produce music almost daily. I say it is my healthy form of escapism. My process usually involves a field recording from my iPhone or sample from a documentary or other source to set the intention of the song. I follow that by either sequencing drums in Ableton Live or sampling percussion sounds in layers. I love the way real recorded foley sounds produce and the idea of using unconventional sounds like lighter clicks and wood blocks to replace hi-hats and snare drums.

I usually then add a synthesizer and bass to fill out the sound. I like to work with low frequencies and samples of instruments that create a wide resonation. As of right now, I record everything in real-time. Basically, I hit record and then scram around launching certain sequences, twiddling knobs, and eventually stopping the sequences. This tends for more of a live feel but I really do it because I do not like the engineering part of structuring a composition. So I apologize for the longer tunes. The alias Secret Miracle is a reference to the Argentine writer Jorge Luis Borges’ short story titled The Secret Miracle. I honestly never have read the short story but it was told to me by a friend and prolific writer onetime several years ago now. He explained to me why the short story was called what is was and it moved me and completely stuck with me. I will not summarize the short story as my friend did but I can tell you God granted a man a secret miracle.

We’re always bombarded by how great it is to pursue your passion, etc – but we’ve spoken with enough people to know that it’s not always easy. Overall, would you say things have been easy for you?
Music production and DJing is still something I consider my healthy escapism. The road might not be considered smooth or completely straight but I hope to do my best to keep moving in the direction of true north in all that I do.

We’d love to hear more about your work.
Anthony Burke Comito, known by his recording alias Secret Miracle, is an electronic music producer and DJ based in San Diego, California. He has lived and recorded music in San Francisco, New York, Vietnam, and San Diego. His first EP, titled Uneasy, was released on Stone Recordings. Presenting sound as sculpture, the EP consists of more experimental tracks comprised of field recordings, synthesizers, and sequencers. Secret Miracle will be releasing a second EP which will be available on all major digital platforms.

The second EP is a conceptual album calling upon the duty of creative artists and musicians during times of uncertainty in the world. One of the goals of the compositions created during this time was to transform and channel the feelings of anxiety and the feelings that has surrounded the recent quarantine into a healthy outlet. The intention has been to articulate a sense of creativity in all forms as a healthy form of escapism. Most recently, Secret Miracle has been performing live and DJing primarily at art exhibitions. He enjoys working with the artists and intention of their work to create a unique atmosphere that emphasizes the artist’s work. You can listen to Secret Miracle online on Spotify, Apple Music, Pandora, Amazon, and all other major music platforms.

How do you, personally, define success? What’s your criteria, the markers you’re looking out for, etc?
It is a great feeling to get a good response from my releases or a DJ set, but I would define success probably similar to a painter who knows when he has painted the last stroke on a painting that they are feel is good work. I feel like even though I been going at this for a bit now, I am really just started to dive deeper into it. It would feel amazing to get a phone call from a record label that I respect, saying we want to put out your next album under our name, but I am not sure that is happening anytime soon.

Currently, music production and DJing is not my main profession. So success can come in small forms. For instance, someone in Portugal heard my music and asked me over a phone call if he could put it out on a compilation and then went and made a video for the song. I love that type of thing. It might not be a success in the minds of other musicians but it made me think about how the music I was making was somehow getting listened to in another part of the world and it was going down well. That is one small marker of success. I do not have a criteria to what exactly defines success. I do have certain specific goals that I want to reach. One goal right now is the ability to perform a live set strictly of my own music and ideally work in collaboration with an audiovisual artist to blow some minds.

Has luck played a meaningful role in your life and business?
To be honest, I do not really believe in luck and I would not attribute it to my personal and professional life. I have been so blessed to be surrounded by nurturing people my whole life. Whether that be nurturing my creative journey or life journey. My family has played the largest role in watering the small seed of creativity that I had at a young age. They supported my growth in my passion for music creation and as an artistic medium and greatly inspired me in countless ways.

My friends, loved ones, and other artists of all mediums have nourished and inspired growth in both my personal and professional life. I am blessed to have such amazing and beautiful friends that have helped me grow on my inner journey and professional life. Out of all these that I have mentioned my faith has always been my number one guide in all that I do. 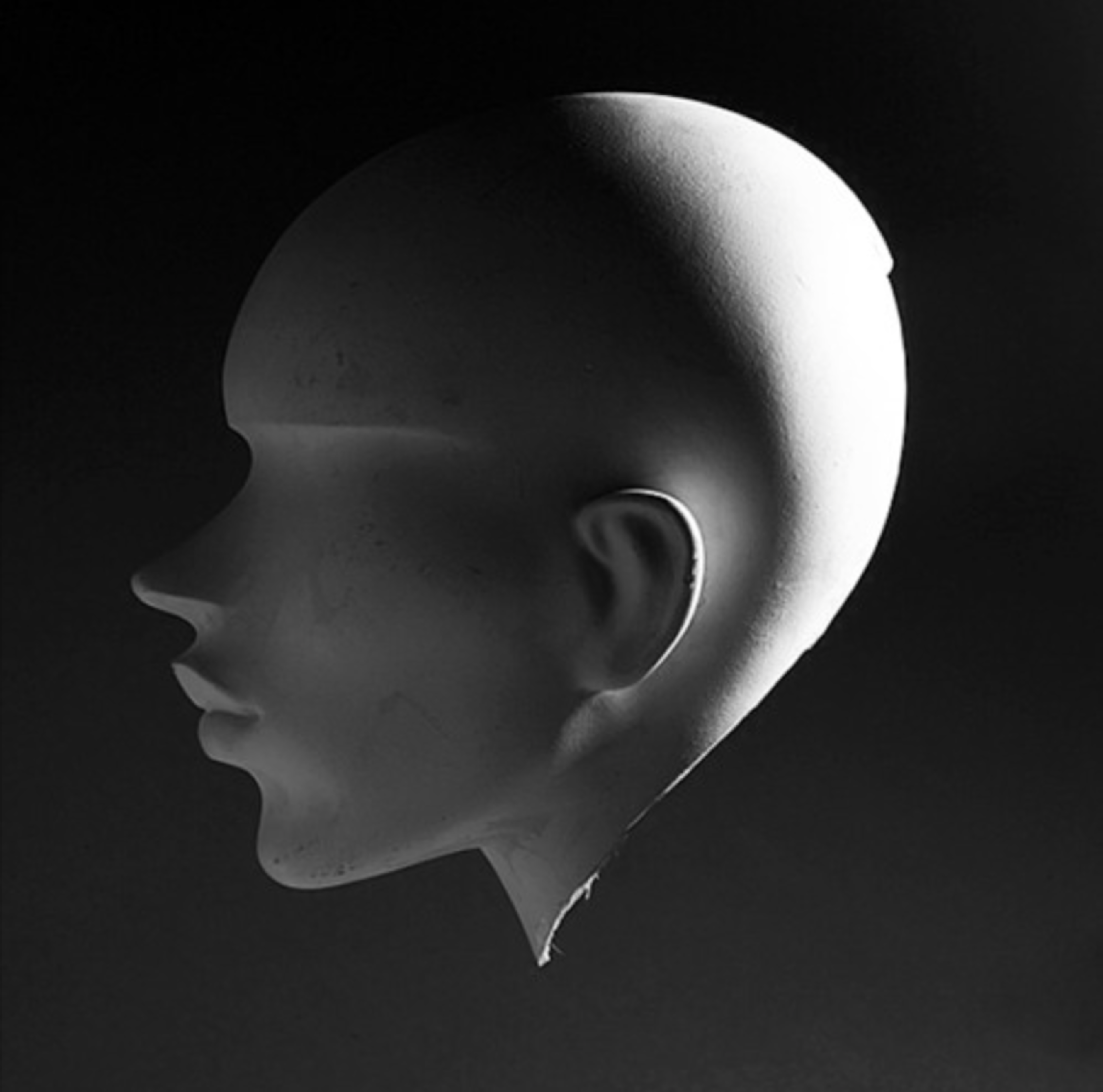 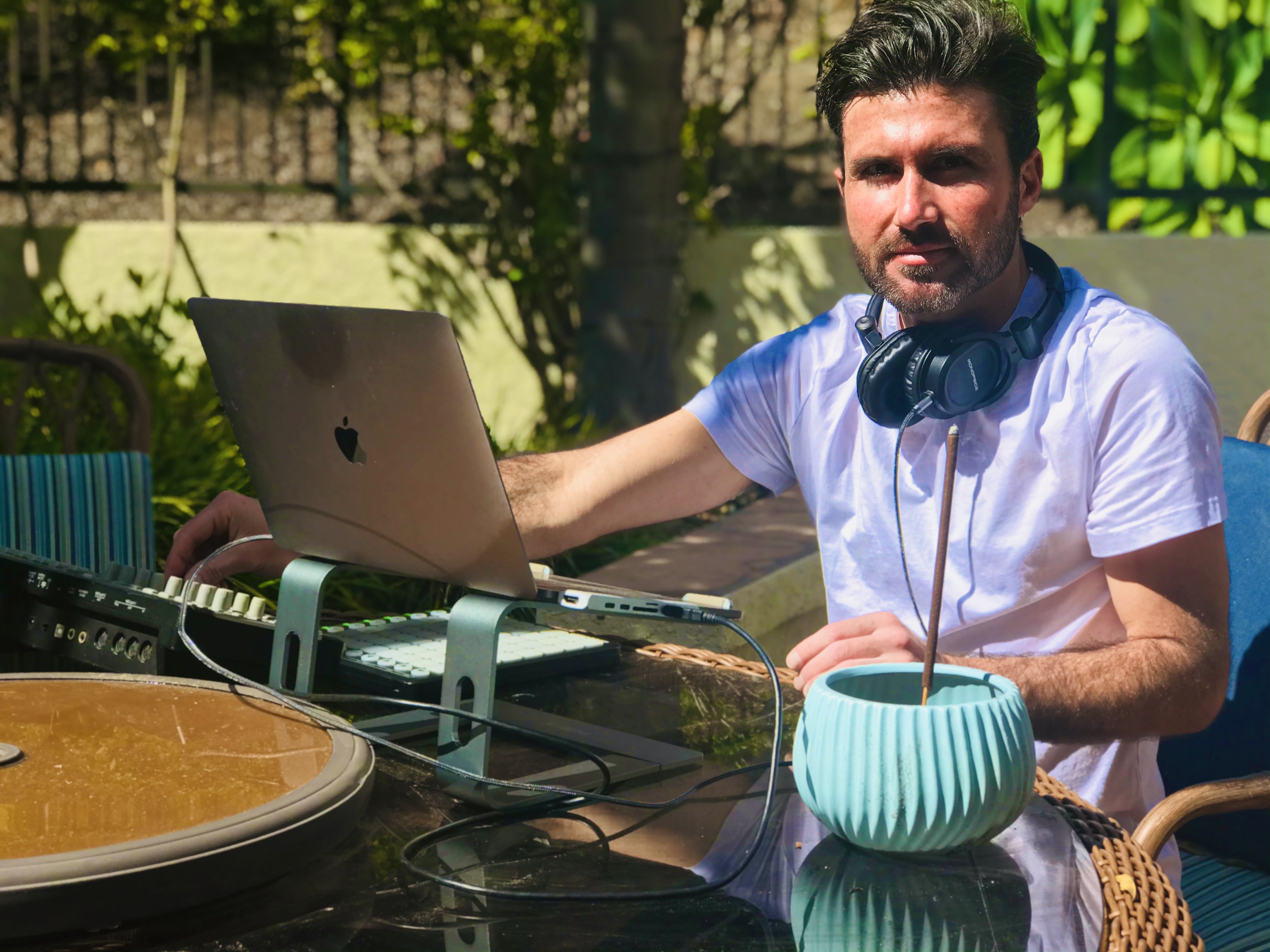 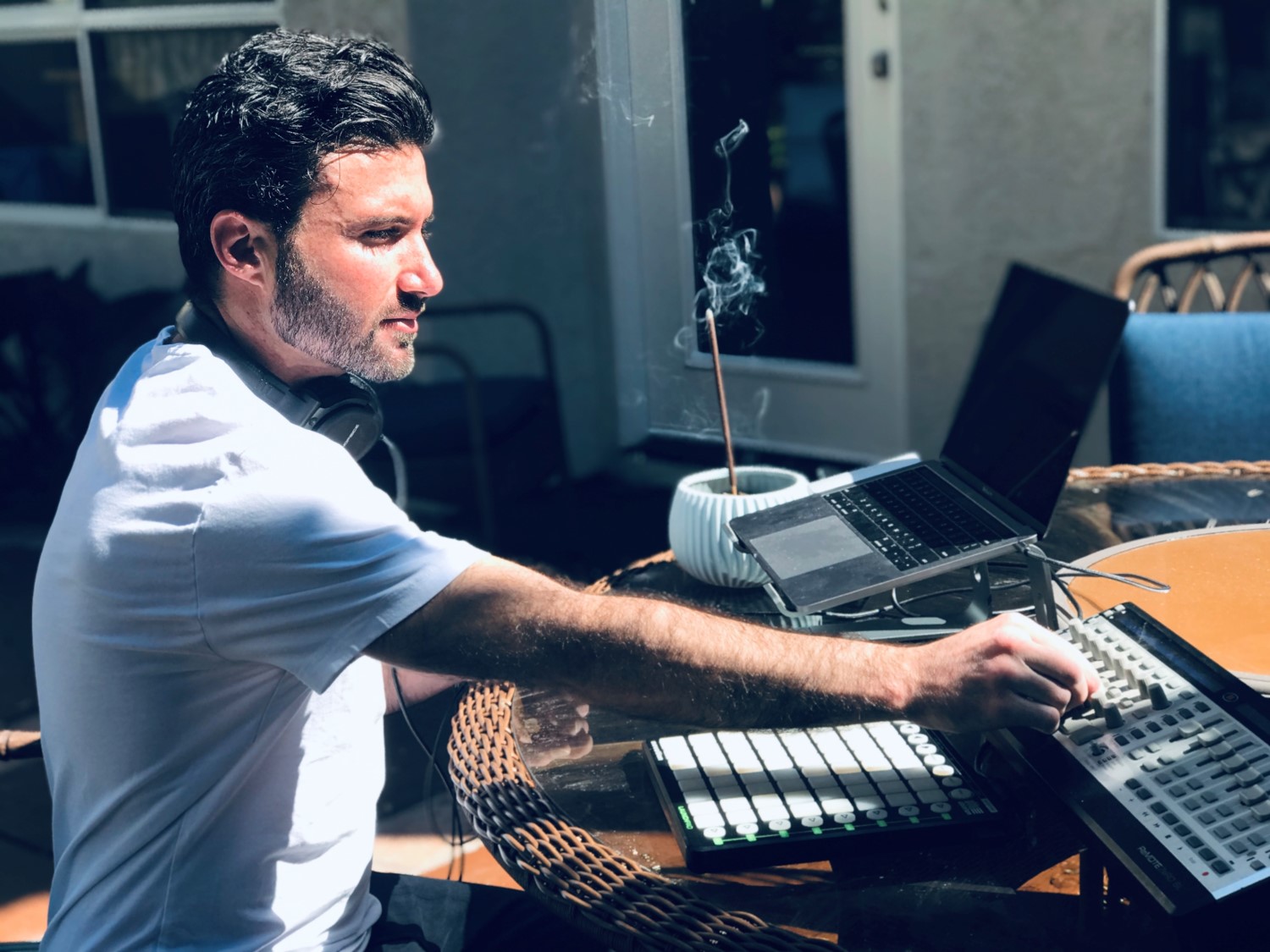 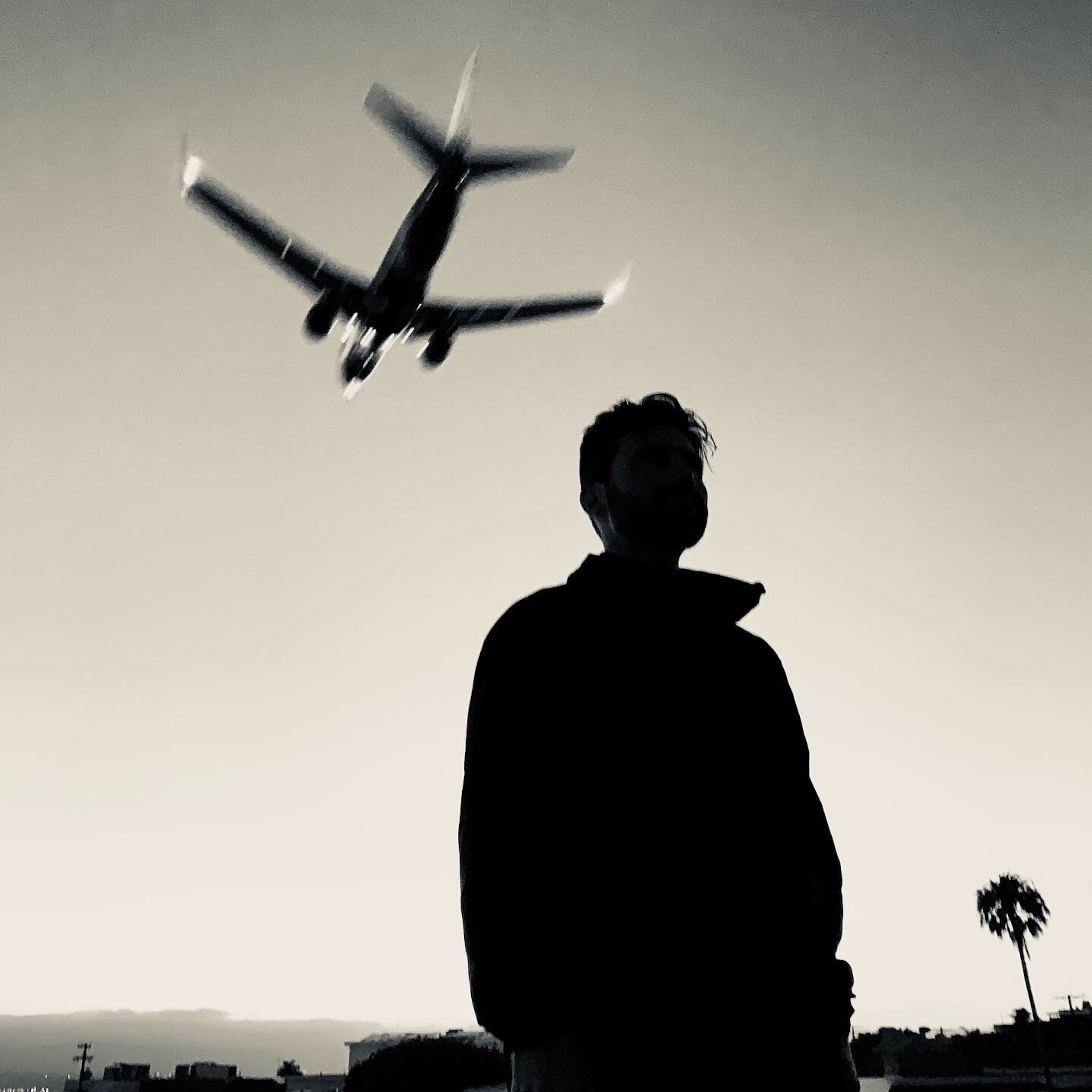 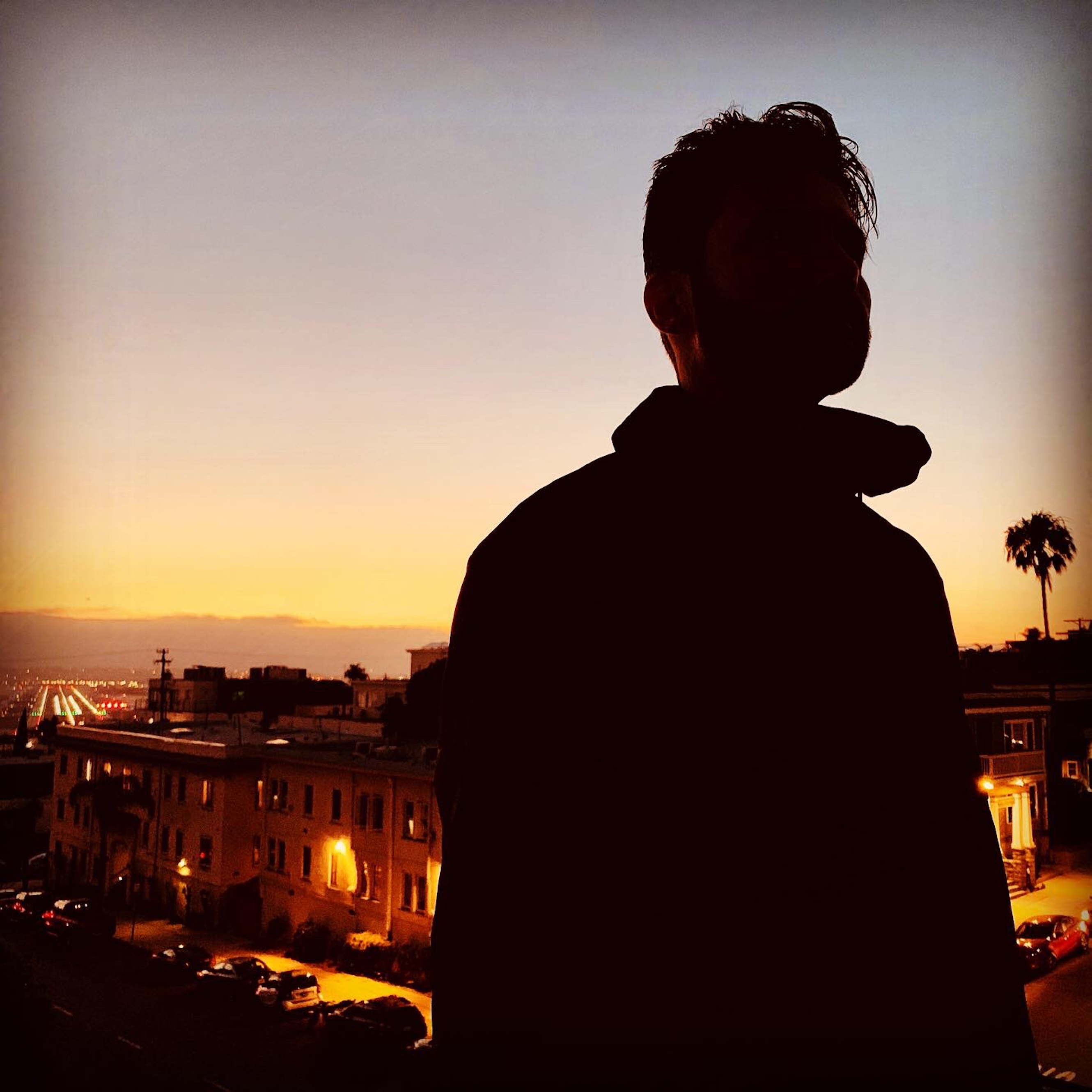 Suggest a story: SDVoyager is built on recommendations from the community; it’s how we uncover hidden gems, so if you or someone you know deserves recognition please let us know here.